“Marek’s heart condition was detected during pregnancy and our baby was diagnosed with Tetralogy of Fallot around the 22nd week of pregnancy. We were informed that open heart surgery at a young age (in his first year), would give him a good quality of life but he would need care for the rest of his life to monitor his heart. 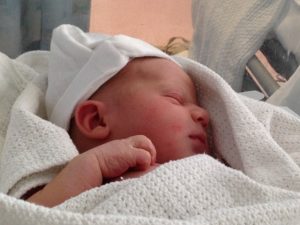 This congenital heart condition, in short, prevents sufficient oxygenated blood from being pumped round the body. There are many different variations, Marek’s is ‘textbook’. In the womb and at birth, there was a hole between the left and right side of the heart and the pulmonary valve was malformed. This meant that his aorta had developed too much and his pulmonary artery not enough, which restricted blood flow to the lungs and increased his heart rate.

“When Marek was born his oxygen levels were around 96%. We had been advised that surgery would be roughly when he was six months. He put on weight well, managed to breast feed well and did not need any medication, he seemed to all intents and purposes a healthy little boy. We had regular check ups to monitor the condition and his development and he had his ‘full repair’ mid November 2014. At that point his oxygen levels were 88%. The biggest difference post op is his colour – he’s much pinker now. 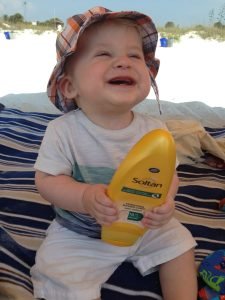 Whilst Marek has had a ‘full repair’, he will need another operation to replace his pulmonary valve at some point, probably as a teenager. He still has a very small hole between the left and right side of his heart, and there is a little ‘flow back’ from the pulmonary valve.

We will be eternally grateful that our son’s condition was picked up early and we want to make sure that all babies with CHD get the care they need as soon as possible.”