Gemma Wilford was 33 when she was diagnosed with a congenital heart defect. A defect she had had since birth. By this point she was already in heart failure. Here is Gemma’s story.

“From the age of 4, I began ice-skating.  I really loved it but, as my skills developed over the next few years, it became apparent that my left foot was much weaker. Now, looking back, that was probably the first indicator that something wasn’t right. 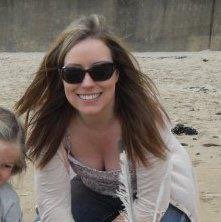 At 18 I was a student nurse and a soldier in the Territorial Army. I felt completely healthy and, aside from a slight over-reliance on my right hand side and an inability to wear stilettos (who can?!), was just like everyone else. But one night, when I was out with some friends, I collapsed and my face slipped. The paramedics assumed I was drunk. I knew I wasn’t, but again, nobody (including me) realised that something was truly amiss.

My inability to plait my daughters hair and do jobs at work that require a certain level of dexterity was becoming frustrating. I loved working in the Intensive Care Unit but manipulating tubes and wires, changing bedding – basically anything that relied on a proper grip was not easy. I’d considered that my symptoms were similar to stroke patients I’ve cared for, but I don’t think I really believed I had anything seriously wrong.

Time passed and my foot became more problematic. I went to see my GP and, this time, he referred me to a podiatrist and then, at the podiatrist’s recommendation, onto a neurologist. After performing some tests, the neurologist said he feared it was an unusual presentation of early onset Parkinson’s Disease. I cannot begin to explain how terrified I felt. After my appointment I just sat in my car and cried.

I was scheduled to have an MRI to rule out the possibility of a stroke, but to the neurologist’s surprise it showed that I had indeed suffered a stroke. I felt relieved that I didn’t have Parkinson’s Disease, but my head was full of questions, how and when had this happened? I was 31 years old! It was impossible to tell exactly, but the likelihood was that I’d had some ‘event’ as an infant, or perhaps in utero, and another on that fateful night ten years earlier when I was a student nurse. I wasn’t drunk. I’d had a stroke.

I have no family history of stroke, I’m a healthy weight and a non-smoker. My situation was not common. Doctors performed further tests, where it all became clear. I was diagnosed with an Atrial Septal Defect meaning that the wall between my atria has a hole, allowing oxygenated and deoxygenated blood to mix. One side of my heart is larger than the other as it is having so work harder to pump oxygenated blood around my body, this defect has allowed a clot to pass through and travel to my brain.

How was this even possible? I have worked my entire adult life, enjoyed canoeing as a hobby and represented my county at school athletics and hockey. I’d even been in the Territorial Army for two years. And, on top of all that, I had given birth twice. Yet at no point was my heart condition detected.

I am now in the early stages of heart failure. 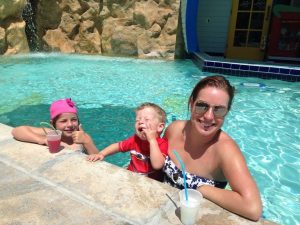 Thankfully I have an amazing family – my children, Neve who is 9, and Jake who is 4, are looking after me!  My husband is in the army so we are currently stationed away from my Dad and friends, but it’s a lifestyle we are used to and I am coping well. I suffer from shortness of breath and tiredness, but I’m a mum – you just deal with it, like all mums do! I was due to have heart surgery on Tuesday 16th February 2016 – two days after Valentine’s Day (ah, the irony!), but whilst in theatre the operation was abandoned part way through.

My cardiologist has since met with other specialists and they have concluded that I am to go back to theatre for the operation to be completed, possibly in mid-May. I’ll have a path placed over the hole in my heart, and then that should be it – I’m fixed. Just before we are due to be relocated by the army again.

Of course I wish we didn’t have to go through all of this – but I also know how lucky I am to have the chance to fight through it. A clot had formed in my heart and travelled to my brain, leading to the stroke. If my heart defect had been detected at any point, I wouldn’t be in the situation I’m in now. But I’m lucky. I know I am. It could have been much, much worse.

Early detection saves lives. That is why the work of Tiny Tickers is so vital.