Kayleigh was born with a heart condition that wasn’t detected until after she had been discharged from hospital. Here is her story, as told by mum Susie. 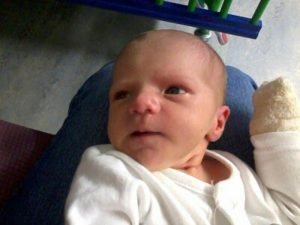 Kayleigh was born in 2012 and at first everything seemed to be fine. The newest addition to my family passed all her newborn tests, we were discharged from hospital and began to settle back into life at home. However, Kayleigh wasn’t feeding well and our visiting midwife noticed that her breathing seemed irregular too.

Our new-baby-bubble began to crumble. Admitted into the local hospital, Kayleigh was attached to machines, there were tubes up her nose and all over her tiny body and she was placed in a chamber to keep her warm. For three days, they couldn’t figure out what was wrong. Then on the fourth day, she deteriorated and she was blue-lighted to Birmingham Children’s Hospital.

In Birmingham, we were hit with the worse news of my life. Kayleigh had Total Anomalous Pulmonary Venous Connection, a severe heart defect that meant that her blood and oxygen was mixing. She would need surgery immediately and there was a real possibility that she would not survive.

The surgery lasted six hours – but she kept fighting – and the doctors were able to close her chest. She had survived the surgery. 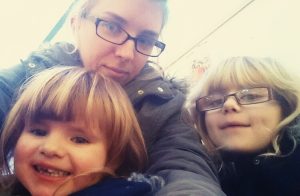 As the days passed, she got stronger but she was still very small. At four weeks old, she weighed less than 4 ½ pounds.  After a week, we were allowed home, but things took another turn for the worse. At her post-op check, her heart was beating at 253 beats a minute (the average is 130 beats a minute). She was readmitted to hospital and her heart was ‘reset’ three times. A few months later and we were finally allowed to go home but it was our responsibility to remember the different medicines and ensure we were administering them. It was scary and I was terrified of forgetting something.

Gradually, Kayleigh regained her strength and we were medicine free! Her checks have became less regular.

Kayleigh is now six years old. She has learning difficulties, dyspraxia, and developmental delay. But she’s still a bubbly girl – she always has been. She’s a remarkable little girl, loved by everyone who comes in contact with her and we are very, very proud of her.

Heart problems in babies are more common than most people realise and Tiny Tickers is working really hard to raise awareness and understanding. I’m glad to help. 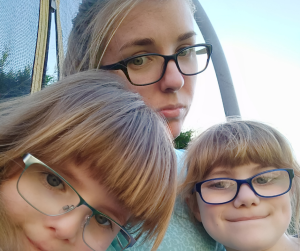