20 Years on for Heart Baby Harry 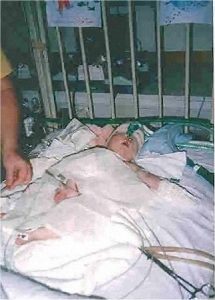 Harry Hensby arrived 6 weeks early, much to the delight and shock of his Mum and Dad. After 9 days in the Special Care Baby Unit he was transferred to Harefield hospital for a scan on his heart as the doctors had heard a murmur. The results of the scan left everyone in complete shock.

Harry had an interrupted aortic arch along with a few other problems and his parents were told that by rights he should not have survived beyond 4 days old. Thankfully due to larger than normal pulmonary arteries he had somehow kept going, and was rushed into intensive care at Harefield. Harry had his first operation at 11 days old where the surgeon made an arch on his heart the size of his thumb nail.

That was the start… since then Harry has had 4 more open heart surgeries at 4 months old for Ventral Septal Defect then at 9 years old an Aortic Stenosis , Ross Procedure followed at aged 13 and lastly a mechanical aortic valve inserted when he was 15. As a consequence of all this Harry is now on Warfarin and will need further surgery in the future. In between all of these challenging operations there have been plenty of angiograms, MRI scans, ECG’s, and blood tests. 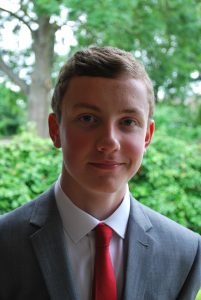 When Harry was younger he was a supporter of Tiny Tickers and was the ‘face’ of one of our campaigns, attending the Houses of Parliament and speaking at events.

This year Harry has turned 20 years old and his dad has signed him up to take part in the London to Brighton off Road Cycle Ride on September 24th 2016, which is 75 miles over rough and varied terrain. Harry is relishing the challenge and agrees that its madness, but he will do anything he can to give back and to help other babies that are in a similar situation

Good Luck Harry and thank you. You are an inspiration to many parents and babies who are starting out on their heart journey!

We’ll all be cheering you on at Tiny Tickers.