Sarah’s second son, Jaxon, was almost 6 weeks old before his heart condition, Coarctation of the Aorta, was detected. This is their story:

It was at the 20 week scan that we were first told that there could be something wrong with Jaxon’s heart. The sonographer noticed that the heartbeat was irregular – known as ectopic beats – but at 30 weeks, we were discharged by a fetal cardiologist who didn’t feel there was any further need for concern.

Understandably I think, we then assumed it would all be fine.

Jaxon was delivered through a planned c-section on 1st April 2014, arriving at a healthy 9lb1. He seemed entirely normal and healthy except for one significant thing. He slept all the time. Everyone around me congratulated us on “having such a good baby”, but something didn’t feel right.

I tried to ignore the nagging doubts as we settled into life at home as a family. But at five weeks old, I would have to wake him for a feed after he had been asleep for 10 hours. 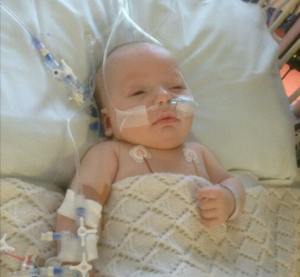 It was around this time that my sister-in-law noticed that Jaxon’s legs had turned blue. I immediately called the GP who referred us to our nearest paediatric unit, thirty miles away in Ninewells.

Everything happened very quickly from there. He was assessed and we were informed that Jaxon’s legs had turned blue because there was very little blood flowing in to them. This suggested it was a heart problem. I couldn’t grasp it – how could he have a heart problem when we had already been checked over by a cardiologist?

Given that in all other ways Jaxon seemed to be relatively well and alert, we were told to go home and return the next day for an ECG, echocardiogram and diagnosis.

The next morning, we were ushered into a room for the echocardiogram – conducted as a video-conference call with a consultant based in Yorkhill, the specialist cardiac centre in Glasgow. Although we could see him, this consultant was not aware that we were in the room. All he could see was the scan. Hearing him talk so matter-of-factly about my newborn son was very difficult – “This baby will need heart surgery within the next two weeks.” 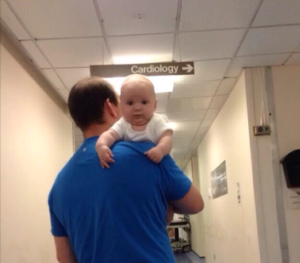 A few hours later, we had our diagnosis: Coarctation of the Aorta.

Surgery was scheduled for the 15th June, four weeks from diagnosis, and we were sent home with a list of symptoms to watch out for.

But on the 28th May, I couldn’t wake Jaxon up. He was floppy and not feeding. We rushed him to Yorkhill where his medical team decided that immediate surgery would be required.

Bracing ourselves for what lay ahead, we did not expect that Jaxon’s surgery would be cancelled twice because there were no beds available in intensive care. On two separate occasions, he was fasted, only to have the operation cancelled. My emotions were in turmoil.

Finally, on the 1st June, Jaxon went down for surgery. Even then, he didn’t seem to be ‘ill’ – just extraordinarily tired. Expecting the operation to last 2.5 hours, we had to wait over 7 hours to hear the news that Jaxon had come through. 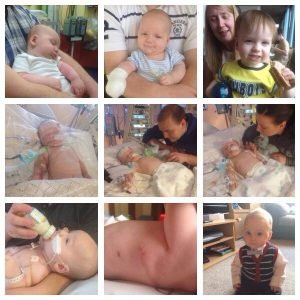 Relieved and scared, we went to see him in the intensive care unit – but nothing could have prepared me for seeing my little boy covered in wires, looking entirely lifeless. At first, I couldn’t bear it and had to leave ICU. Thankfully I found the strength from somewhere and spent the next 3 days with Jaxon, before he was transferred to the ward.

Just 5 days after surgery, we took our littlest boy home. You would expect this to be the easy bit, but I found those first few days the hardest. The trauma and fear of losing him remained. On our first night at home, I couldn’t stop Jaxon crying and called NHS 24 for advice. They instructed me to bring him back into hospital. Thankfully it was nothing and slowly I got my confidence back.

That was over two years ago. Jaxon spent about 6 months after surgery on blood pressure medication and has had a couple of check-ups, but, aside from that, he hasn’t looked back. He is an amazing little boy, obsessed with Lightening McQueen and you never see him without a red car in his hand. 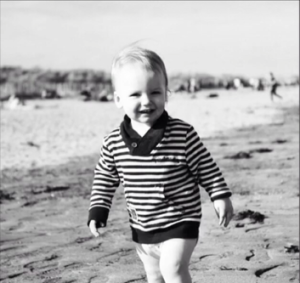 Aorta had been picked up during pregnancy. Sometimes I get angry that it wasn’t – but then I decide to focus on how lucky we are to have him. The work of Tiny Tickers offers that vital chance to babies born with heart conditions across the country. That is why I support them. And it is why you should too.

Coarctation of the Aorta is a complex congenital heart defect. Read more about it here.