Coarctation of the Aorta: Rex’s Story 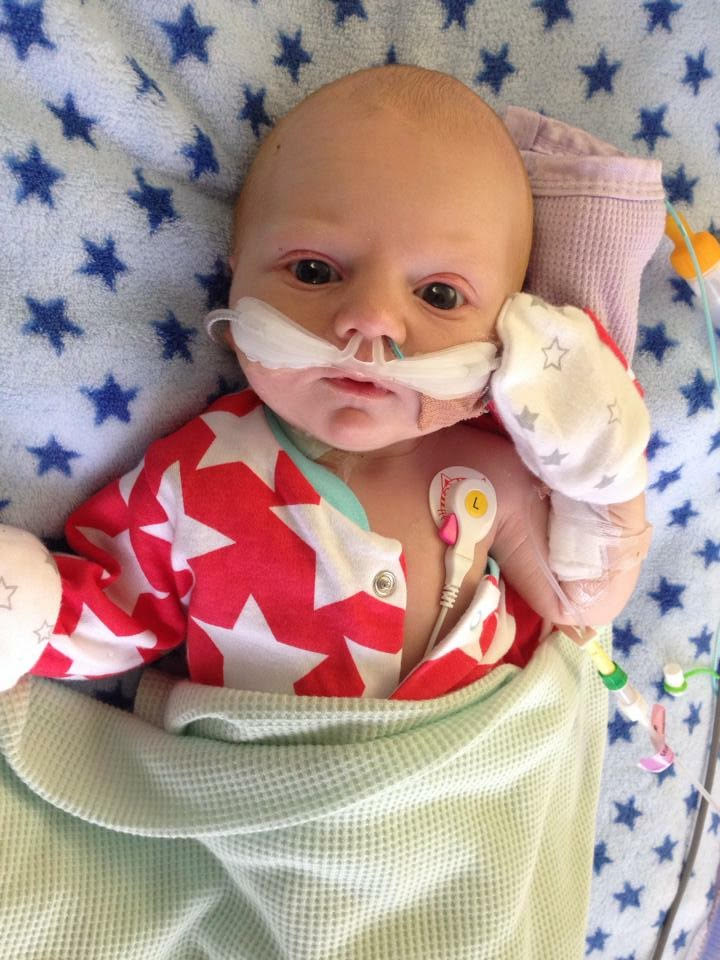 Rex after his first surgery at eight days old

‘In the small hours of Sunday 8th September 2013 my waters broke. There was meconium in them and so we went straight to hospital. As labour progressed, Rex started to struggle so I was rushed in for an emergency C-section.

All seemed well at first. Then we went into the post op recovery ward and the nurses thought Rex looked a little purple. They also noticed his breathing was a bit off and so took him to SCBU for some tests. We were told he had meconium aspiration and would be there for a couple of days.

On Tuesday 10th September, we were told how well he was responding and that he should be well enough to go home at the weekend. We were thrilled.

However, that afternoon the doctors informed us that as his lungs were now clearer they could hear his heart more clearly. They detected a large heart murmur. After performing an echo, they found he had major heart problems and had to go to a specialist hospital as soon as possible. Southampton were called and they sent up their ambulance. Rex was sedated and taken straight to PICU at Southampton General Hospital. 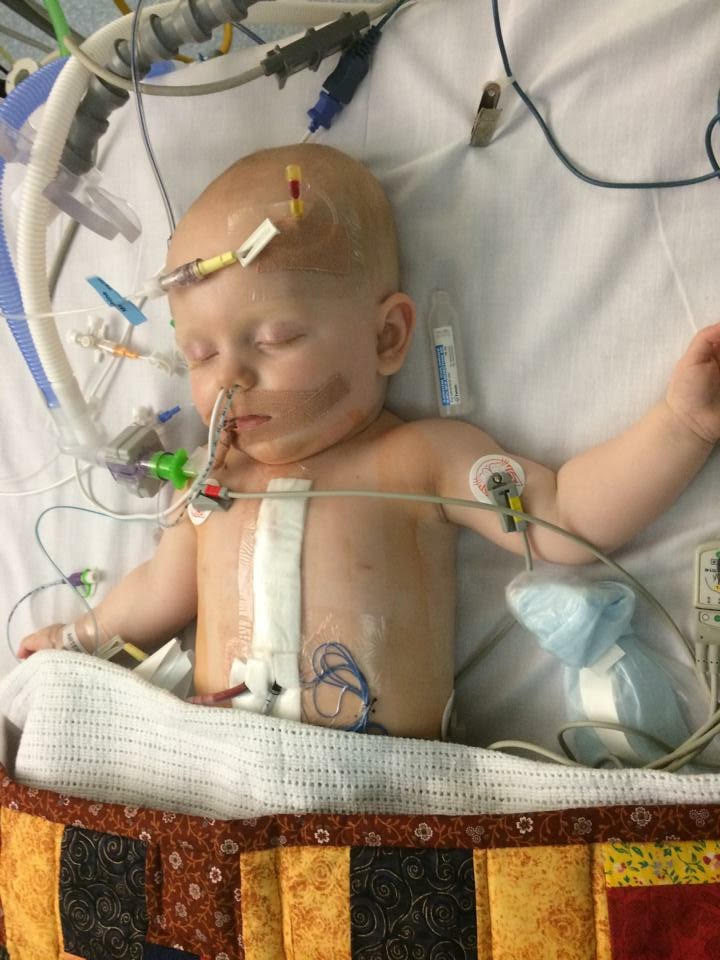 Rex after his second surgery at seven months old

The following morning Rex was assessed and found to have Coarctation of the Aorta (narrow artery), Bicuspid Aortic Valve (funny shaped valve) and a very large VSD (Hole in the heart.) Doctors also found excess tissue in Rex’s left ventricle.

Rex was put on life saving drugs and had his first corrective operation to patch the Coarctation of the aorta and to make the artery wider. A band was put on the pulmonary artery to restrict the flow of blood going to Rex’s lungs. He was just eight days old.

He finally came home with us on the 28th September 2013

Rex returned to Southampton General on the 9th April 2014 for his second surgery to close the VSD and to have the band removed from his artery. He had another stay in PICU while he recovered from his surgery. 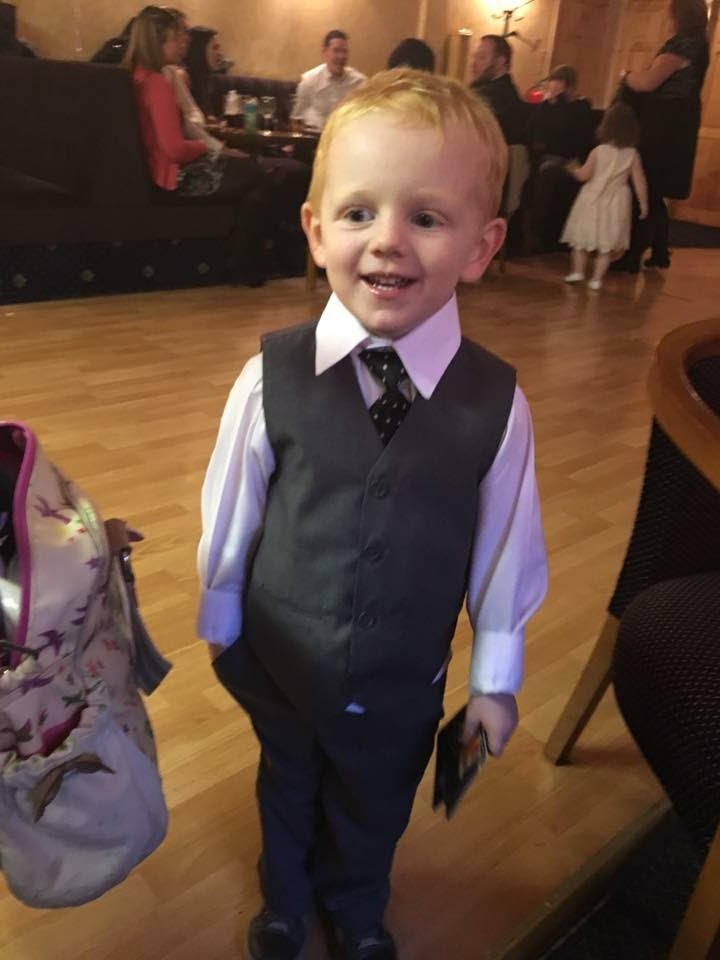 Today Rex is a happy three year old and we cannot thank the nurses and doctors on PICU enough for everything they did for him.