Sarah was born in 1987 with a number of complex congenital heart defects. Her parents were warned she may not to survive and told to take each day as it came. In 1992 she had her first Fontan Procedure. Today, aged 30, she lives a full and normal life. This is her incredible story:

‘I was born ten days early in September 1987, at Preston hospital. There were no issues during my mum’s labour. However, shortly after my birth it became apparent that something wasn’t right. I didn’t cry like all the other babies and even though I was pink at birth one of the nurses noticed I was turning blue. At first they thought I was just cold from the open window, but soon doctors and paediatricians came down and moved me to special care. 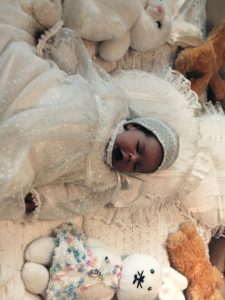 I was whisked to Myrtle Street hospital with my dad, while my mum followed on twenty four hours later. Mum was then sent via a taxi to the maternity hospital near Myrtle Street. They accommodated her on the maternity ward. This was really hard for her because she could see all the mums with their babies and she was left feeling empty.

Doctors managed to stabilise me but were unsure as to what further action to take because my condition was so complex. I finally went home with my parents a few weeks later; however my parents were still unsure about my life expectancy as were the medical team. They hastily had me christened – I’m blue with very rosy cheeks in all the pictures.

My mum said when she took me out for walks in my pram, people would shoot her nasty looks and say things like, ‘your baby’s cold, you should wrap her up.’ People obviously thought she was a bad mother, which couldn’t be further from the truth.

At ten months old I had a BT Shunt which was a precursor for the Fontan procedure. After my shunt I was diagnosed with a series of complex congenital heart defects. My condition was so complicated and unusual that there is no concrete term to define it.

One day, mum was changing my nappy and saw it was bright red – I had passed pure blood. She called the G.P, who arrived and said it must be Ribena that she had spilt. My mum insisted  something was wrong, but the G.P ignored her and said she was an over anxious mother.

I was soon whisked to Alder Hey hospital, where doctors discovered some vessels had opened in my heart, causing the red nappy. My parents were told if I responded well to the treatment and made it through the night then I would be allowed to return home. I was stabilised and put on more medication. 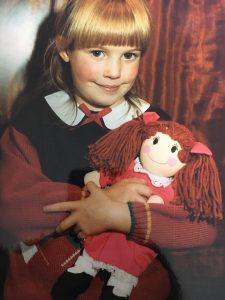 Doctors told my mum I may never walk, go to a main stream school or have a normal life. In face of this bleak prognosis, my parents just became more determined. They were certain I would have a normal life and spent many hours helping to strengthen my legs so I could walk. I defied expectations and crawled at 21 months old, finally taking my fist independent steps at almost 23 months old.

My parents didn’t stop there. When I was three years old, they had me horse riding in a further effort to strengthen my legs. Apparently my cardiologist was pretty shocked when he heard about that! Mum took me to playgroups, playgrounds and pre-school classes and her determination paid off. 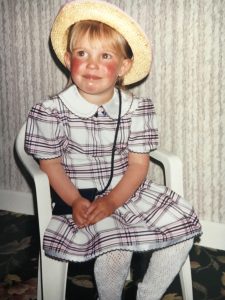 I was indeed having a normal life.

I even started school aged five; however mum insisted the school find her a voluntary job on the premises. She wanted to be near me for my first few months of school life, just in case anything happened. So she began her new job reading to the children at the same time I started school. 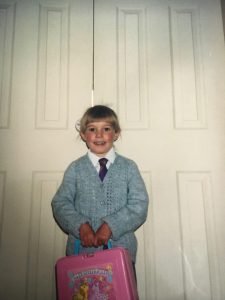 When I was five years old, in June 1992, I had the first stage of Fontan. It lasted 12 hours. Apparently I had something like a mini stroke and when I came round I couldn’t use my right arm. When I returned to school, I had to learn to write all over again.

I had the second stage of the Fontan procedure when I was 7. Again it lasted 12 hours and the weakness in my right side returned afterwards.

Before I had both procedures, doctors told my parents there was only a 70% chance it would work. The other 30% could be complications or they may even lose me during the operation. However, they insisted that if I didn’t have the Fontan, they didn’t think I would survive. I can only imagine how my parents must have felt when I was in surgery.

Since then I have suffered with other health conditions. When I was nine I almost died from kidney failure because my potassium levels were so high. When I was 13 I was diagnosed with scoliosis – a curvature of the spine.

By the time I reached 16, my spine was curved to 80 degrees and at risk of crushing my internal organs. Surgery was not an option because, as a heart patient, I wouldn’t have survived the pressure on my heart. Doctors said the only way I would survive was if I stopped growing (because then my spine would also stop moving).

To say I feel fortunate to be here is an understatement. I may have missed out on many experiences due to my health, but I still went to college and did normal things like going to rock concerts and having fun.

I met my wonderful husband, Baz, when I was 18 and we married in 2015. Unfortunately, because of my scoliosis, we can’t have children and my health conditions mean we are unable to adopt. But we are lucky in many ways and I see every day of my life as a gift. Baz is just incredible; he has supported me through everything. I never thought I’d meet someone as amazing as him, let alone marry him. All my struggles were worth it for my wedding day. 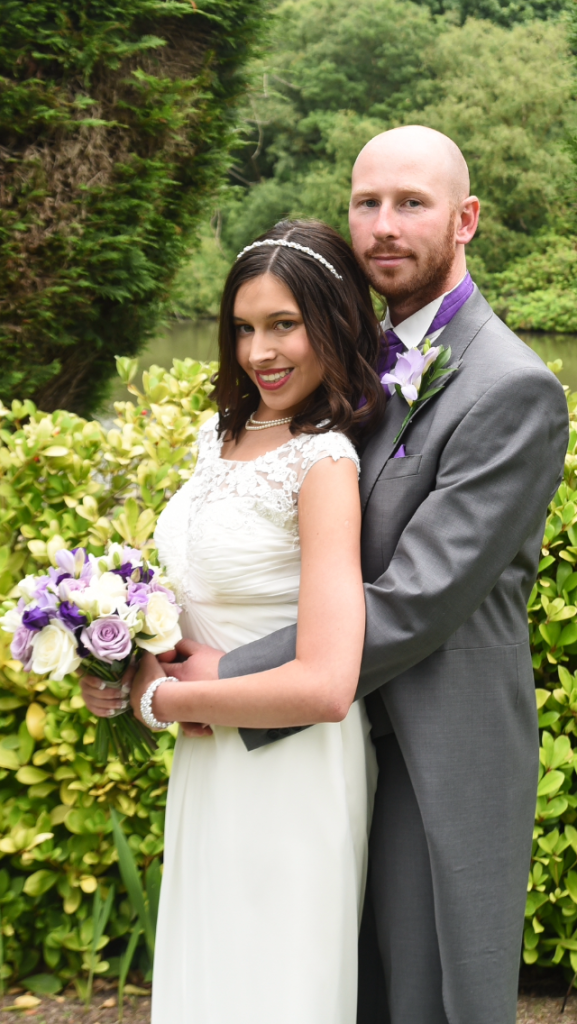 My paediatric and adult cardiac consultants are two of the best people I’ve ever known. They always said, when it comes to the Fontan procedure, my generation were the guinea pigs. Doctors are learning so much about the lasting effects of the procedure from us. I feel honoured to be a pioneer.

I will have to take medications for the rest of my life and attend a check-up with my consultant every six months. I feel tired every now and then and suffer from health anxiety – for example every time I get a headache I become stressed and worried about the cause. But I know how lucky I am and how hard I fought to be here. I try to think positively and live my life as fully as I can – with some precautions of course. 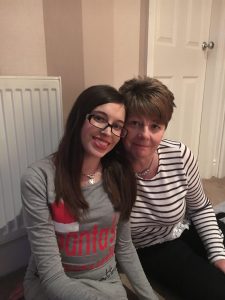 As far as I’m concerned, my parents are legends. They literally refused to give up when all the medical professionals around them were saying I had little chance of survival. I owe my life to my family, including my grandparents who were always there as a support to my parents. I’m also grateful to the wonderful nurses, doctors and consultants who have looked after me over the years.

To parents of heart babies and children, I would say this: I can only imagine how terrified and worried you must be. I can see the anxiety in my mum’s face when I look at pictures of me as a child. But your kids won’t remember. They won’t share your painful memories. Your strength and love is what keeps them going, just as my parents’ devotion has enabled me to have a normal life. Never forget that.’