Colin Runs around Cyprus for his Grandson, Arthur

After a long delivery, my grandson Arthur was born in April 2015 and was immediately taken away from his parents as the doctors had spotted that there was a problem.

After an agonising wait, Arthur’s parents were informed that he had a heart condition called Transposition of the Great Arteries. This was affecting his breathing and he was transferred to the Paediatric Intensive Care Unit, where his mum and dad were allowed to see him for the first time later that day. 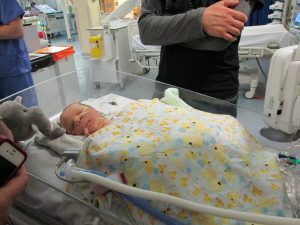 Arthur has a rocky start

After 8 long days Arthur had open heart surgery and remained in hospital for another 8 days before he was allowed home.
Arthur is now a happy and mischievous two year old and to look at him you wouldn’t know that he had such a tricky start to his life. He was lucky to arrive at Southampton General Hospital, which is one of the hospitals equipped with a specialist cardiac unit, and if it wasn’t for the amazing doctors and nurses at the unit, the outcome could have been very different.

I am very proud to say that Arthur is my Grandson and since he arrived I have been supporting Tiny Tickers, a small UK wide charity, that trains sonographers to be better able to spot CHD (congenital heart defects) during pregnancy so that every baby get the best start in life and a better chance of surviving.  If you would like to support Colin and Tiny Tickers please donate to his fundraising here  http://virginmoneygiving.com/ColinThatcher 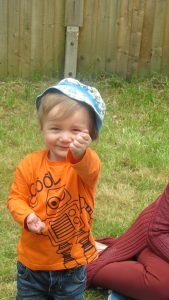 Arthur is now a happy and lively 2 year old

Here at Tiny Tickers we are delighted that Colin has decided to keep running and raising funds for us so that we can help many more babies like Arthur. Here at Tiny Tickers’ mission is to increase early detection rates of cardiac conditions because we know that spotting a defect early can improve a baby’s chances of survival and long-term quality of life. More than 3,000 babies are born with a serious heart defect in the UK each year, and around 1,000 of these newborns head home with no one realising their lives are in danger.

Thank you Colin and Arthur!!