Ivy was diagnosed with Congenital Heart Disease at her mum, Clare’s, 20 week scan. After birth, doctors confirmed she had Hypoplastic Left Heart Syndrome. Ivy has undergone two open heart surgeries. This is her story as told by Clare:

20 week scans are exciting. Will you find out or won’t you? Pink or blue? Will you get a clear scan photo? How many photos should we get? That’s what people focus on when you go for your 20 week scan.

We were the same. We’d decided we didn’t want to find out the gender of our baby. We went along, excited, nervous to see our baby again. I was excited as I looked at our baby on the screen for the second time.

The sonographer was talking us through what she could see as she was doing her checks. She was very chatty, asking us if we wanted to know the sex of the baby and then she suddenly went very quiet.

I told myself she was just concentrating, that it didn’t mean anything. Those few minutes felt like hours. Her next words cut like a knife.

‘I’m struggling to get a four chamber view and three vessel view of the heart.’

She reassured us and said it could just be how baby was lying, but to be on the safe side she wanted us to be scanned by a consultant. When the consultant arrived I didn’t know what to feel. I was nervous, scared, anxious.

The consultant was talking to the sonographer and pointing things out and then he confirmed he was also struggling to get the four chamber and three vessel views. The consultant explained that the left side of the baby’s heart looked slender and that the aorta also looked narrow.

I couldn’t take it in, I didn’t understand what I was being told. I had a million questions running through my head but I couldn’t process the information. All I took in was that there was an issue with the baby’s heart and that we needed to be referred to fetal medicine for further scans. 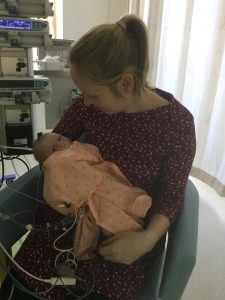 Walking out of the hospital I felt numb, I didn’t want to believe what had happened. The following few months involved lots of scans at Liverpool Women’s Hospital and meetings with the cardiologists from Alder Hey to explain what would happen next.

When our consultant asked if we would be able to come along one Friday afternoon to support them in training other sonographers we jumped at the chance. We were grateful that our sonographer had spotted our baby’s heart condition. It gave us a chance to prepare for what was to come, so we wanted to help train other sonographers. When we went to the training session, I was scanned by about 5-6 different sonographers from Wrexham who all managed to detect my baby’s condition. We were given some 4D photographs to thank us for our help.

We were induced at 39 weeks and after a long labour, Ivy was born by emergency C-section. We were both able to hold her and then she was taken to PICU. She was transferred to Alder Hey the next morning whilst I had to stay at Liverpool Women’s. That was difficult but I was also grateful to get some rest. 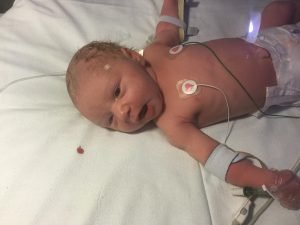 Later that evening my partner Chris called me to let me know that Ivy had had an echo and they had confirmed it was the worst case scenario – she had hypoplastic left heart syndrome. She was on prostaglandin to keep the duct in her heart open until they could operate.

Not long after hearing this news, I had another phone call telling me that Ivy had been taken to PICU as her blood pressure had dropped. He said I needed to get over there. I only had a c-section that morning, but the midwife was happy to discharge me as I could see the midwife at Alder Hey the next day. 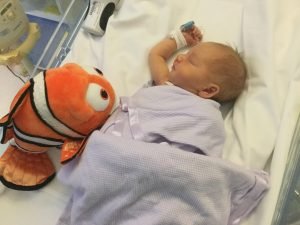 At just 8 days old, Ivy underwent her first open heart surgery. We left her in the hands of her wonderful surgeon. It was the longest day of my life, but I was so relieved when we got the phone call to say she was back on PICU and we could go and see her.

The surgeon came out to see us in the waiting area and informed us that the operation had gone well. Ivy didn’t require ecmo, which we knew was a possibility. Nothing prepared me for going to see her. She was so swollen, she looked like she’d done 10 rounds with Mike Tyson! Then there were all the lines and machines to warm her up and monitor her plus all the alarms. But at the end of the day none of that mattered because our little girl had made it through the first hurdle.

It was a slow recovery and she spent a few weeks on PICU and HDU until she was finally allowed back to the ward. But that didn’t last long. A few days later, she took a turn for the worst and was struggling to breathe. Hearing the alarm and seeing people rush into your room was like something out of casualty. It all just felt surreal. 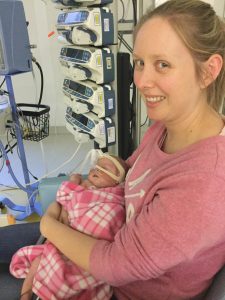 They managed to stabilise her and she returned to PICU to be put back on the ventilator. We were so glad to see two of the nurses we knew in PICU. Then followed a long, slow wean on to C-pap and optiflow.

She had yet another test and they discovered Ivy had bronchotracheamalacia. Basically, her trachea was collapsing when she was breathing. We were told that they would slowly wean her off the oxygen and that at some point she would need a bronchogram. However, it was likely that she would grow out of it.

The next hurdle we had to face was feeding. Ivy had a NG tube since birth. Although she had taken some bottles, she wasn’t taking enough. Doctors eventually decided that she would need a PEG (internal feeding tube) to enable her to be able to go home. She had this done and then we were finally allowed home.

We managed to go on a family holiday with Ivy’s grandparents, uncles and cousins and had lots of day trips out around the community nurse visits. Ivy was doing well. She was putting on weight and hitting most milestones. We knew that we needed to make the most of this time as she was due to have her second surgery at around seven months. 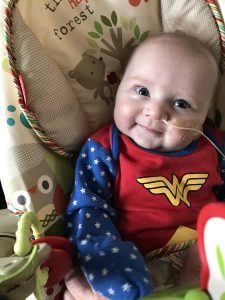 It felt as though we had only just got home from hospital when we received the letter to go for Ivy’s MRI scan. They eventually decided she would have a CT scan and bronchogram whilst under one general anaesthetic.

When we got the results back, they confirmed her bronchotraceamalacia was now mild and she appeared to be growing out of it. Her next surgery was then scheduled for July, on her dad’s birthday. We knew it had to happen and the risk factors were lower this time, but it still didn’t make it any easier.

This time she was in another surgeon’s hands. I felt surprisingly calm during her second surgery compared to her 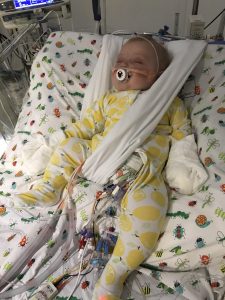 first. Again the phone call came to say she was back on PICU and we could go and visit her. It was so much different the second time round. I was prepared for the lines and alarms, but this time she was more awake and was off the ventilator. She had nappies on her hands and they had to make a sling as she was fighting against the doctors.

Six days after surgery we went home, a little quicker than the three months we had spent in hospital after the first surgery. We still had three monthly cardiac clinic appointments and a few weeks of community nurse visits. In December Ivy had her PEG changed to a mic key button. We went down to six monthly cardiac clinic visits, because her consultant was happy with her.

Ivy is now a happy 16 month-old who is hitting her milestones, walking everywhere and
always on the go. We have been able to take her on a family holiday to Disneyland Paris and
she is now attending toddler music classes. To look at her, you wouldn’t know she has such a
severe heart condition. Charities such as Tiny Tickers have helped provide us with
information on our journey and they are visible on social media. We are grateful for their
support and continue to look for our own ways to raise awareness of CHD. 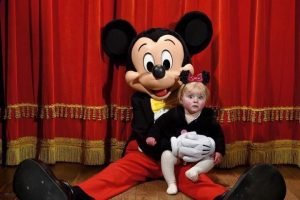 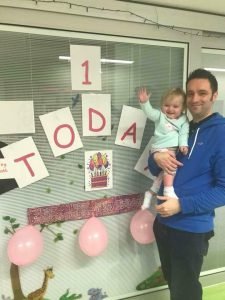 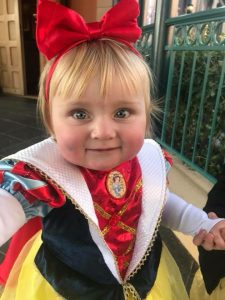 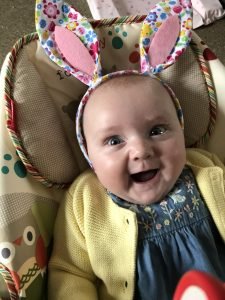 Find out more about Hypoplastic Left Heart Syndrome and other forms of congenital heart disease here.