At eight day’s old, Willow’s mum, Rosalind, noticed her baby’s breathing was very fast. Maternal instinct told her something was very wrong. After a traumatic trip to hospital, Willow was diagnosed with Wolff–Parkinson–White syndrome (WPW). This is her story:

My daughter was a week old when I first noticed that her breathing seemed a bit fast. After asking both my family and the community midwife, they reassured me this was common in newborns. Everyone said, unless she became floppy or unresponsive, not to worry too much. 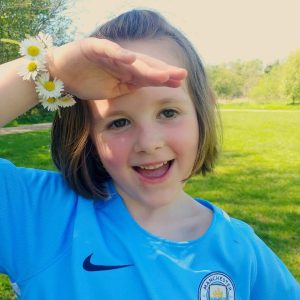 That night my daughter didn’t guzzle her night feed. But, being only a week old, there was no “normal” yet so I tried not to worry. In the morning, she still wasn’t feeding and her rapid breathing was beginning to scare me. I rang the community midwife who again said there was no reason to worry.

But my maternal instinct told me otherwise.

I picked my daughter up and noticed her head was now bobbing slightly.  This time I rang the emergency doctor who listened to my daughter’s breathing down the phone. He immediately called an ambulance.

My memories of the events that followed are a bit patchy but they still make me feel sick to this day.

Going in to hospital

The paramedic said my daughter’s heart felt very fast and they needed to work out the beats per minute.   She stopped the timer after 20 seconds and said we needed get to hospital. Willow’s heart rate was 270bpm.

I got in the back of the ambulance with my daughter.  The paramedic tried to keep me calm and said, “You don’t have to worry unless we start worrying.”  Easier said than done.

On arriving at hospital, we rushed into a room full of health professionals.  I remember the loud and commanding voices. They placed my tiny baby on a table and monitors were attached. Some numbers were high, some were falling. They attached a tiny oxygen mask to her face.

A doctor spoke to me, but I don’t remember what he said, other than that they were going to dunk my daughters head in ice water. This might help her heart reset itself.  They tried this twice.  It didn’t work. My tiny screaming daughter seemed so far away from me on that table.

The doctor said they would try an injection. I can’t remember what it was but it didn’t work either.  He said he was only able to give the injection one more try.  I remember thinking, “Eight days, I only got to be a mum for eight days.”

I was convinced I was going to lose her.

Thankfully the second injection steadied her heartbeat.  The relief in the room was palpable. 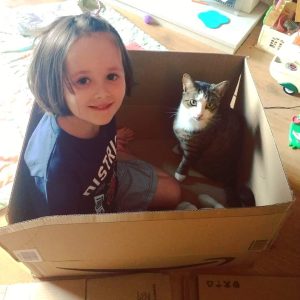 As we waited to move to a ward, we heard doctors and nurses talking about my daughter. They were using terms like “supraventricular tachycardia”, “hole in heart”, “enlarged heart.”  It was terrifying.

After five days in hospital, my daughter was diagnosed with Wolff–Parkinson–White syndrome (WPW). WPW is a  disorder of the electrical system of the heart. According to doctors, the hole in the heart was no cause for concern (it has since closed by itself).

Her heart had become enlarged because she was suffering from an abnormally fast heart rate (Supaventricular tachycardia – SVT) for hours before she was brought in.  Most likely she had SVT from the time I first noticed the fast breathing.

My daughter started flecainaide and had  a dose every eight hours (which would be the case for the next 2 and a half years). She attends cardiology clinic as an outpatient at Manchester Children’s Hospital and has regular 24 hour cardiograms.

I really wish I’d known about the information in Tiny Tickers’ Think Heart campaign. Then, I would have undoubtedly got my daughter to A & E immediately.  I feel so guilty when I think I left her suffering for all that time and what could have happened if I’d waited much longer to get to hospital as she was such a new baby.

It goes without saying that I think the work of Tiny Tickers is absolutely crucial. I will do whatever I can to support them. 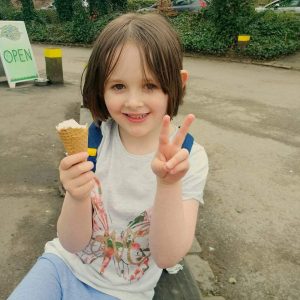