The Honest Confessions of being a NICU MUM

Introducing our guest blogger, Vicki Cockerill, author of The Honest Confessions of a Nicu Mum blog. Her eldest son, Elijah, was born with Tetralogy of Fallot and had open heart surgery when he was six moths old. This September, during NICU Awareness Month, Vicki is raising awareness by sharing her experiences on our blog. In her first post, she writes candidly about what it’s like to be a NICU mum:

As each year passes, I wonder if the raw emotion will ever subside regarding my eldest son’s birth and four years on I can remember the day he was born like it was yesterday.
But, not for the reasons you might think.

September the 18th 2014 at 12.27PM after eight hours of labour I delivered a baby boy weighing 8.12lbs in the Norfolk and Norwich Hospital.

I had finally become a mum, after 9 months of waiting, imagining and envisioning what it would be like but it was as far from what I had been day dreaming of as you could get. 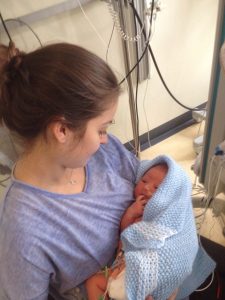 It was a nightmare.

At just 12 hours old my brand new baby boy began turning purple, and was taken down the corridor to NICU (The Neo Natal Intensive Care Unit) for assessment.

The first time I had heard those words, he would be checked over by a resident Doctor, and then they would bring him back to my bed.

The incubator near by bed remained empty for 9 days.

He didn’t come back.

I was told quickly that he was being admitted to NICU, they believed he had a heart murmur but this was common in new born babies as they get used to the outside world, as the ducts in the heart close some just took longer.

I should have seen the signs after I was moved into a side room away from the other mums with their babies, that I was different.

That things were not right.

Fast forward 12 more hours and I am sat clutching leaflets explaining that my son has a fatal heart condition called Tetralogy of Fallot that needs corrective surgery by the age of 1 for him to live.

He may have severe disabilities.

He wasn’t fed for three days, we couldn’t hold him or pick him up and we touched him through a hole in the incubator surrounded by doctors, nurses and strangers.

My nose burnt with the smell of the disinfectant, my hands were cracked from the hand sanitiser and we ate our meals in the hospital café.

The wires, the machines, the alarms, the lights become the norm, so is the hospital routine.

It’s funny how you quickly get used to the routine and slot in. You favour certain nurses, have a favourite doctor. You begin to exchange small talk with the other parents.

None of this featured in how I thought my first days to motherhood would go. 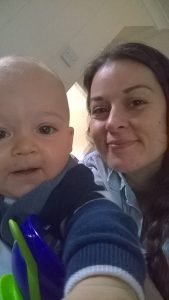 My day consisted of waddling down from the ward through the double doors and sitting vigil at my son’s incubator, pleading with the universe that he would live, that we could bring him home.

I realised that I was no longer just a new mum, I was a NICU Mum.

I didn’t get to welcome visitors at home as I got to know my baby, they got updated of his progress via a group Whatts App message.

We went through heart echoes, MRI’s, stress tests and scans before we could even be considered to be discharged.

Days, of waiting, hoping that we would finally be allowed home.

We had CPR training and what to do should our son have an episode and stop breathing at home.

When we finally came home, instead of it being a joyous occasion we were petrified something would happen if we went to sleep and didn’t notice he had stopped breathing.

We lived in fear of him having an episode rather than taking him out and showing him off.

If he didn’t finish a bottle, if he cried for a bit longer, if he was too hot/ too cold it sent us into a panic.

If someone had a cold we worried we would end up in hospital.

Visiting a doctor for something simple we would need to launch into a full medical history, declaring when we joined a baby group, joining a nursery was like a minefield.

Hours and hours spent Googling statistics, reading information and making sure he and the family has all of the relevant vaccines to keep him safe.

Four years on, and one successful surgery I can say we still experience these things nearly every day. We can go a few days where we are just a ‘normal’ family but something can quickly bring me right back, the knot in my stomach tightening again.

It is before every consultant appointment, it is worrying he may be lagging behind (always in my head!), it is fear of the future, worried about him catching something that is going around.

It is a simple phrase from him like, ‘I’m tired’, that brings it all back, those first hours, the diagnosis the 9 day NICU stay.

It reminds me I am a NICU Mum.