An Open Letter To My Son’s Heart Doctor

In her third NICU Awareness Month post, our guest blogger, Vicki Cockerill, writes a heartfelt letter to her son’s doctor:

I have often gone to write this letter to you in the last four years, but as soon as I try to write it, I could never find the right words I have wanted to say to you.

Four years ago you came into our lives, just hours after the birth of our son. 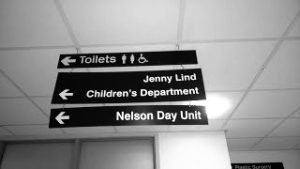 We never expected to have needed you, at a time where we should have been celebrating our first baby’s arrival.

I had never believed in fate until we met you, I often think perhaps it may have turned out differently if it wasn’t you on call that day.That it wasn’t you who admitted our baby, you who had the interest and expertise in heart conditions and it wasn’t you who diagnosed us, and began the treatment that saved his life.

I hadn’t met you until nearly 24 hours later when you visited me at my bedside.

I knew it was bad news, why else would you be coming up to the maternity ward to see us? I remember you wore your red bow tie, your brown trousers and I couldn’t stop looking at how shiny your shoes were.

I was fixated on those shoes when you began to tell us that our son’s heart wasn’t working property, it was structurally abnormal; he had Tetralogy of Fallot.

I had never even heard the words congenial heart defect before you had told them to us.

It was a waiting game to see if our baby would survive, if he would he needed open heart surgery. The diagnosis came with so much more, I couldn’t take it in.

The tears fell from my face, and I could see the kindness in your face as you explained and handed us the leaflets but it felt as though you had brought our world crashing down around us.

The leaflets, I still have to this day. I remember the diagrams you drew to try and explain it to us.

You asked us if we had any questions, but I couldn’t think, I couldn’t get over the fact that our son’s heart wasn’t working properly, that he could die.

It felt as though time stood still.

When you left I saw a look on my partner’s face, one that haunts me to this day. One that I never want to see again. We sat in silence after you left, it was deafening.

It got worse though didn’t it? When Elijah began to have seizures, he was discovered to have had a neo natal stroke.

Again fate would have it that you happened to be on shift that to started happening. That it was you that ushered us into the side room and told us that our son may not walk and talk, only time would tell. 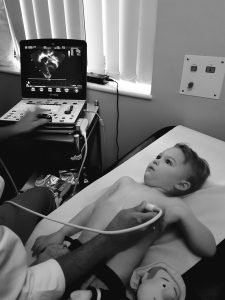 I don’t think we saw you again, until the follow up appointments after discharge a couple of weeks later.

You stayed in our lives for over two years, despite discharging us from your clinic we still come up for Elijah’s annual heart consultation, and still see you in the clinic from time to time.

You asked us questions about our lives, our jobs and you remembered every little detail at every appointment.

You always smile, say hello and you speak to Elijah, addressing him by name, after all this time you still remember it. Of all the children you have treated in the last four years you remember mine.

There is something I have never said to you, in all of this time. Something I should have but in all honestly, I unintentionally blamed you for the diagnosis.

I blamed myself, but I also had to find someone else to blame.

I was so angry, so resentful this was happening and actually in the mindset I was in I didn’t even believe you.

It was a hard pill to swallow but I am glad you were there, involved with our care.

Every scan, every test, every appointment up until Elijah’s pre admission I didn’t believe there was anything wrong. That someone would turn around and say they had made an awful mistake.

But, I need to say this to you, nearly fours years on.

Thank you for everything you did, I believe it is down to you my son is here today, and we just celebrated his fourth birthday.

To the heart doctor who diagnosed our son, thank you, from the bottom of our hearts.