Sarah found out her baby had a serious heart condition called Transposition of the Great Arteries at her 20 week scan. Here she shares Theo’s story: 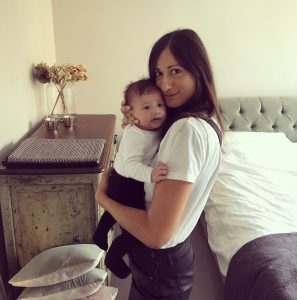 ‘Our journey to pregnancy wasn’t the easiest with a miscarriage and being told we had only a 10% chance of conceiving through IVF. When we conceived naturally a month before starting IVF, we were shell-shocked but over the moon. Because I’d miscarried before, our local hospital gave us a few early scans to check everything was ok and by the time we got past our 12 week scan I breathed a huge sigh of relief.

As the sonographer started the 20 week scan, I could see the heart beating. However, she couldn’t see what she wanted to see and said she needed to get a second opinion. In that split second my heart sank and panic set in – how could this be? Our baby looked fine on the screen.

I became obsessed, as I think any parent in this situation would be, with learning as much as I could about his condition, Transposition of the Great Arteries. I came across the Tiny Tickers website and found it so helpful to read the other parents stories. 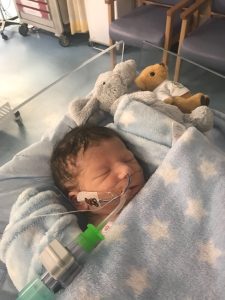 When Theo arrived, he had surgery at four hours old. I have to admit the birth was very strange as I didn’t get to hold him or even see him. That evening, my husband sent a photo of him after his operation and it was the first time I realised he had hair, and a full head of it at that! He looked gorgeous even though he was on the ventilator and with lots of lines everywhere.

Five days after Theo’s open heart surgery we moved off ICU to the cardiac ward and two days later we were allowed to come home.

Theo is now a happy, cheeky little boy who is getting stronger by the day. He certainly keeps us on our toes but it’s been amazing to see how well he’s recovered from his surgery. He may need another operation to fix his pulmonary artery which has narrowed slightly but compared to what he has been through already, we know he’ll be able to take this in his stride. 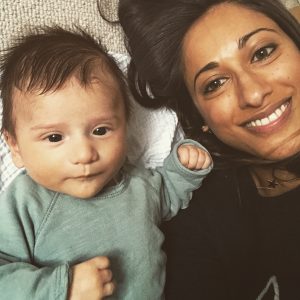 Whilst it was probably the hardest news I’ve ever had to hear, once I got over the shock of finding out there was a problem with our unborn baby’s heart, in hindsight it was one of the best things that could have happened to us. It meant we had amazing medical care on standby to ensure a safe arrival of our baby boy.’