Megan’s son, Oliver, was born with Double Outlet Right Ventricle, Pulmonary Artresia and a large VSD. He fought hard all his life, but tragically passed away soon after his first birthday. This is their story: 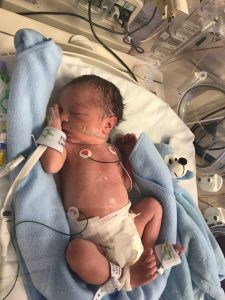 I fell pregnant with Oliver when I was 18. Shortly after finding out I was pregnant, I discovered something was seriously wrong at my 20-week scan. This being my first pregnancy, I had no idea what anything meant and after a long, six hour wait in the fetal medicine ward, Oliver was diagnosed with Pulmonary Atresia, Double Outlet Right Ventricle and a large VSD.

The fetal cardiologists told us that the severity of his condition was 9-10 out of 10 (10 being the most severe). We were told the vessels in his heart should measure the width of a pen, but his were only as wide as a cotton thread. They said, if I were to continue with the pregnancy, his life would be very short. The estimate was a week.

I continued, because I knew it was the right thing to do. On the 13th of May 2017, Oliver came into the world screaming and kicking. That’s when I knew I’d given birth to a fighter. 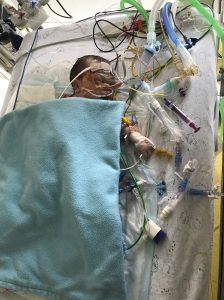 Oliver was transferred to Alder Hey five days after birth and, on the 30th May, he was on the list for his first heart surgery. This was supposed to be in the form of a stent through his groin, leaving his chest scar free. The procedure would take roughly 4 hours.
As the stent went into his body and touched his heart, Oliver went into cardiac arrest. He was in arrest for 20 minutes. He completely flat lined; surgeons used a defibrillator and massaged his heart multiple times. When they found a pulse, Oliver was rushed to emergency theatre, where his chest was immediately cut open in order to save him. The procedure ended up taking nine and a half hours.

After four open heart surgeries to help repair his heart and encourage development in his vessels, plus spending time on an ECMO bypass machine and weeks on a ventilator, Oliver was dependent on oxygen. He couldn’t breathe and stay alert without it.

On the 15th June our worst nightmare came true. Consultants and cardiologists brought us into a room and said the words we never wanted to hear. They said, ‘We think it’s time to let Oliver go peacefully.’ 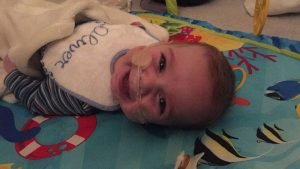 Oliver wasn’t making any progress. He was growing weaker and sicker by the day, so we agreed with the doctors to wean him off all the drugs and turn off the ventilator. We had Oliver baptised on his bed in ICU that very same day and didn’t leave his side all night.

But Oliver wasn’t ready to go. Within 48 hours, he did a 180 spin and decided to tolerate everything. We began to see improvement as he woke up from sedation. It turned out that our little boy stood a chance without life support after all. 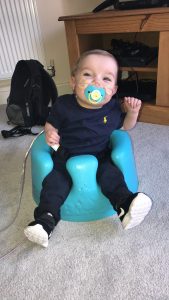 Oliver then developed diaphragmatic paralysis. Usually, the diaphragm heals itself, however Oliver’s wasn’t working at all. The left side was crushing his lung and he had to go to theatre multiple times to fix the problem. Luckily, the surgery went as planned.
After 110 days of being in hospital, we were finally discharged home with Oliver and we began to live our lives. We had the best Halloween, bonfire night, Christmas and New Year. We even had a naming ceremony in our church because we couldn’t baptise him again.

Oliver was the happiest, most smiley and lovable little boy anyone could ever meet. We had a party for his first birthday, where he had loads of balloons and a big Peppa Pig cake. He loved Peppa!

Everything was brilliant and we were so happy. We also found out we were expecting baby number two! So Oliver was going to be a big brother!! 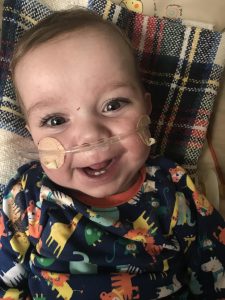 Unfortunately, two days after his first birthday, Oliver decided it was time to fall asleep. His heart couldn’t take any more, and he passed away in mine and his dad’s arms.

We are forever thankful and in debt to Alder Hey for allowing us to be a family, even for a short amount of time. We’ll continue to spread awareness of CHD for as long as we live and will never forget about Oliver.