Joey has a rare heart condition called Shone Syndrome. Being diagnosed with Congenital Heart Disease at mum, Chelsea’s 20-week scan meant he had a care plan put in place straight away and his family were fully prepared for his arrival. Here Chelsea tells their story: 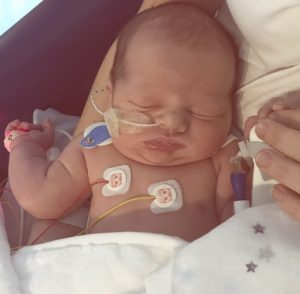 Our firstborn Reuben was born in November 2015, and was a happy, healthy and fit baby. He’s never had any problems with his health and fingers crossed he never does. We didn’t know anything about heart problems and like most people, when we went for our 20-week scan for our second born son, we were just looking forward to having his gender confirmed.

We took Reuben with us, but like any 2-year-old he was fidgety and agitated about how long the scan was taking. After being sent away for a walk, I had no idea when we got back into the room that it would be bad news.

Joey was diagnosed with Hypoplastic Left Heart Syndrome (HLHS) just after my scan. We were offered a termination, but this was never going to be an option for us. It was then routine scans and appointments every 2 – 4 weeks until he was born in Bristol at 38 weeks.
Being from Cardiff ourselves we were placed in Ronald McDonald House and Cots for Tots for accommodation – which was amazing as it took the financial stress away from us. 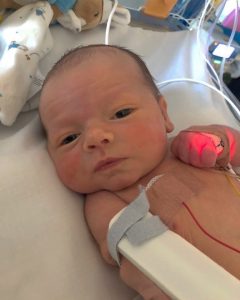 Joey had his operation for coarch repair at six days old. We had been told at birth that he was borderline hypoplastic and should be able to cope with just this being mended.

We were in Bristol Children’s for two weeks, but being far away from friends and family, it felt much longer. He was then transferred to our local Children’s hospital in Cardiff and stayed there for one week.  It was amazing for Joey to meet all the doctors who had looked after us through pregnancy and for him to show them just how strong he was!

He has had routine follow up appointments since surgery and has since been diagnosed with Shone Syndrome. This is still a very rare heart condition and there are not many known cases in the world (so we have been told). 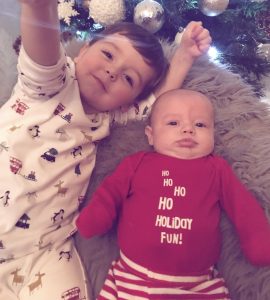 Joey is doing amazingly and hitting all his milestones, though he will still need his routine check-ups for the foreseeable future. We’re not sure whether he will need any more surgery in the future but for now we just cherish each day we have with him. We are all so proud of him.