Charlie’s heart condition, Congenitally Corrected Transposition, was diagnosed when she was two months old. When she was five, doctors discovered she had pulmonary stenosis and would need to have surgery. This is their story: 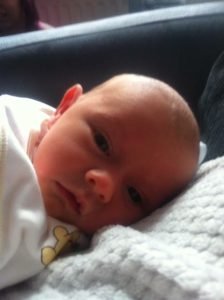 ‘In December 2012, at two months old, Charlie went for her normal check-up at the doctors. During her check-up, the doctor could hear a heart murmur.

When she was four months old Charlie was referred to the Freeman Hospital in Newcastle. After a few scans they found she had a condition called Congenitally Corrected Transposition. We were told she was doing ok and to attend yearly check-ups.

In 2018 Charlie, then aged five, went to the Freeman for her yearly check-up. Her consultant told us that Charlie now has pulmonary stenosis. He said Charlie wouldn’t live until she is very old without intervention.

After a meeting with some doctors to talk about the best outcome, we met up with Charlie’s surgeon. We were told Charlie now needs to go in for an operation to have a band fitted around her right ventricle, to build the muscle. She will then another operation to swap her valves around, because currently they pumping the blood differently. 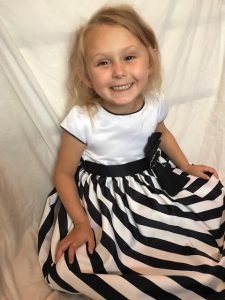 Charlie’s surgeon also said, that if we had 100 Charlies without her operation, 50 of them will be gone by the time they were 50. As with every operation, there comes a chance of the procedure not going correctly. There is a risk she may die during the operation as her heart could give up. For this reason, there have been so many meetings because some surgeons say it is too risky too intervene. But, as a mother. I want to give my child the chance of a long life with her own little family.

Charlie is now preparing to have her open heart surgery and she is fighting on like a soldier.

A few weeks later, Brittany sent us this update:

Charlie has gone through her first operation and she’s doing great. While in intensive care, we found out she has a condition called Atrial Flutter. She’s not on medication to control this and is recovering well.