At her 20 week scan, Danielle discovered one of her twins had Hypoplastic Left Heart Syndrome and various other defects. Despite being told that Danyl wasn’t expected to live for very long, they had a precious year with him before he passed away. This is their story:

‘In April 2017 we were thrilled to discover we were expecting twins. We were so excited and a bit nervous at the thought of having three babies under two.

Everything was going really well, and I was deemed low risk within a multiple pregnancy. I had been scanned many times and the hearts had been listened to and all seemed perfect.

At my routine 20 week scan it was noticed that twin two had an issue with their heart. We were sent to the Royal Victoria Infirmary, Newcastle and it was confirmed that he had Hypoplastic Left Heart Syndrome (HLHS). At the time, they also thought he also had Transposition of the Great Arteries. The more I was scanned, the more apparent it became that twin two had many defects as well as having total heart block. This lead professionals to believe he may not survive the pregnancy. We were offered a termination, but with carrying twins I was terrified of the implications this would have.

We decided to progress with the pregnancy and be monitored every week. 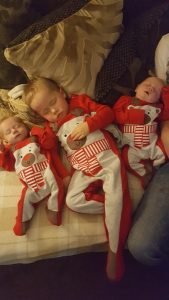 I had to be prepared to have the twins at any point and I really wanted to get to 37 weeks.

As time went on and I was scanned more, doctors decided Danyl didn’t have Transposition of the Great Arteries. In fact, he had Double Outlet Right Ventricle (DORV) alongside his HLHS and other defects.

As the pregnancy progressed and Danyl remained stable, the doctors thought I may get to spend days with him. Because of a range of issues, Danyl’s heart was incurable and inoperable. We started planning for the hours or days we would get to spend with him and his twin.

Looking at Danyl, you wouldn’t know he had a very poorly heart. But we still had do things we really wished we didn’t have to do, like sign a DNR and listen to the official diagnosis and the fact that Danyl was in fact extremely poorly. We were told he wouldn’t survive more than a few days, weeks if we were lucky. 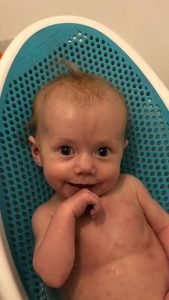 However, five days later we were discharged and took the boys home.

This is where our next chapter began. I should have known Danyl did things his own way when I was told he wouldn’t survive pregnancy and he did!

The milestones kept coming. He turned a week old, then a month, then 2 months and before we knew it we were celebrating his 1st birthday alongside his brother!

We always knew our life could and would change in an instant and that instant came on 22nd October 2018. It was just ten days after his first birthday.

We woke up that day and all was normal. However, just after lunch Danyl wouldn’t take his dummy and I knew then that he was going to die. Within minutes he stopped breathing and died in my arms surrounded by his family. 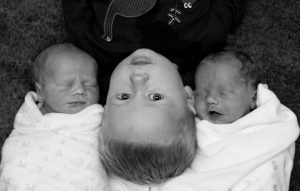 We are so grateful for the time we got to spend with Danyl. We celebrated things we never thought we would be able to. He was page boy at my brother’s wedding, he celebrated Oliver’s 2nd birthday, my birthday, his dad’s birthday, Mother’s Day, Father’s Day and the biggest milestone – his first birthday with his twin!!

It is so important for early detection and I would love to see this improve across the U.K. Once the shock subsided slightly, we were able to really focus and make sure we knew exactly what could and would happen during the pregnancy, at birth and afterwards.’

Find out more about HLHS here.