Coarctation of the Aorta: Lily’s Story

When Lily arrived, she seemed perfectly healthy. The first time mum, Alison, knew her baby was seriously ill was when Lily had a pulse oximetry test at one day old. Thanks to the test, Lily’s condition – Coarctation of the Aorta – was detected before she was sent home from hospital. Here Alison tells their story: 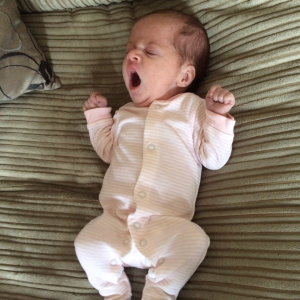 ‘After a normal pregnancy Lily arrived on the 5th Feb 2015. When one of the nurses commented that Lily’s feet were cold, we put some socks on her, assuming they would soon warm up.

The next day she was given her head-to-toe check. One of the tests was the pulse oximetry test. We were told that the result should be in the 90s. However, Lily’s blood oxygen saturation level was in the low 70s. She was tested on two machines and both showed the same readings.

Lily was moved to the PICU ward and had a scan on her heart. They then sent her by ambulance to the QEH in Glasgow. The next morning they performed an Echo and discovered she had Coarctation of the Aorta, which is a narrowing on the aorta. 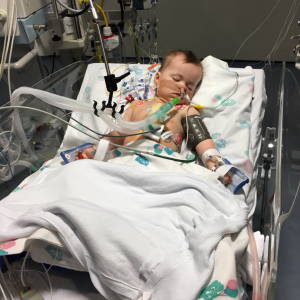 At eight days old, Lily had heart surgery through her left shoulder. She then went on to have open heart surgery when she was 18 months old.

Lily is now four and at her recent check up, her cardiologist said her cardiac status was excellent. 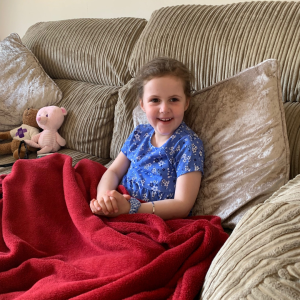 Had it not been for the pulse oximetry test, things could have turned out to be fatal. We would have taken her home without knowing how dangerously ill she was.

The work Tiny Tickers is doing is amazing and I am right behind you to get these machines in every hospital!’ 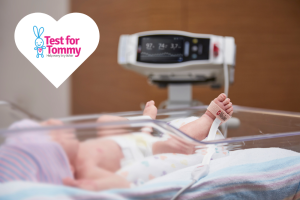