Ride2Recovery is a cycling endurance event tackling the toughest  routes in Europe. To date the cyclists have raised over £350,000 for charity and continue their adventures in 2019 by tackling some of the biggest and most testing climbs in Austria, Italy, Switzerland and France, whilst supporting tiny hearts en route.

The 2019 charity cycling event will start in Innsbruck on the 8th September and end in Geneva. The intrepid cyclists will endure 20,000m of climbs and will complete a distance of 850km over 6 days. The original Ride2Recovery took place in 2009 with an epic 900km cycle from London to the French Alps. 10 years later they are undertaking their 4th mammoth effort and by far the toughest challenge to date  It’s going to be a tough ride… 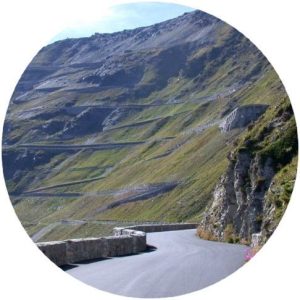 The event was started after Oli Hemsley became the victim of a senseless and unprovoked knife attack at the age 0f 20. Oliver suffered multiple stab wounds by a gang in the Shoreditch area of London. Whilst against the odds Oliver survived, he was left with life changing injuries, having been paralysed from the neck down and wheelchair bound for the rest of his life. Ride2Recovery was started originally as both a way to support Oli, selected spinal injury charities and also to find a positive focus after the event.

Nick McCelland one of the event founders said: “We are very excited about supporting Tiny Tickers. Ride2Recovery was founded to make a difference in times of difficulty and what can be more difficult than finding out your baby has potential heart or health problems. We wanted to support a small charity that wants to make a big difference and we are proud to be supporting the brilliant work being done by the Tiny Tickers team!”

Katie Lawson, Head of Fundraising at Tiny Tickers said: “We’ve been blown away by the fundraising efforts and commitment of the Ride2Recovery team. Their commitment to making a difference is wonderful, and we’re honoured to have been chosen to receive some of the funds raised. This event is a testament to strength and bravery in the face of adversity – something that we know our heart families have experienced and will understand.”

With some of the most spectacular mountain scenery in the world and some of the highest and steepest paved mountain passes in Europe, the Dolomites and Alps will pose the Ride2Recovery team some of the toughest days they will have had on a bike. The full route details can be found here and the famous climbs of the Passo dello Stelvio, Passo del Mortirolo and the Col du Joux Plane are all on the list. Climbing in excess of 20,000 meters and over a 850km journey, the 4th edition of Ride2Recovery promises to be the most challenging yet.

So far the Ride2Recovery charity cycle has raised £24,596 towards the £100,000 target. You can read about their progress and sponsor them here.