The two hardest moments of my son’s heart surgery 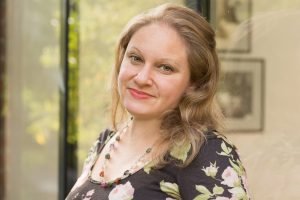 In a new book, The First Breath, the author Olivia Gordon tells the story of how modern medicine saved her son’s life, and his open heart surgery.

Joel’s heart troubles began as a premature baby in neonatal care, when he suffered from supraventricular tachycardia and abnormal heart rhythms. Cardiac surgery at the age of four, for an atrial septal defect (ASD) – the commonest congenital heart malformation – was Joel’s fifth operation. He has a genetic condition called Noonan syndrome, which is often accompanied by heart problems. 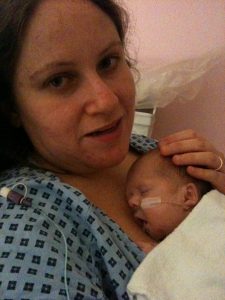 Joel had a shunt placed into his chest in utero, and major stomach surgery as a neonate, followed by two more stomach operations aged two and three. But of all the operations in those first years of Joel’s life, it was the open heart surgery which made our family and friends look worried – a heart condition strikes people as the most fundamental health problem of all. In fact, ASD surgery is the most basic operation for a heart surgeon, but, of course, for the patient and those who love them, it is anything but basic.

In Joel’s case, there wasn’t just one hole in the heart. His atrial septum was punched with multiple holes, like Swiss cheese. Because of the particular structure of his heart, it had to be fixed with open heart surgery – cutting the chest open, stopping the heart while maintaining circulation on a bypass machine, and sewing the hole-filled septum shut.

Thankfully, it went smoothly – but as in his previous stomach operations, I found two moments especially difficult.

First was what happened in the anaesthetic room. The forced jollity as my husband Phil and I faked smiles and upbeat voices to keep Joel 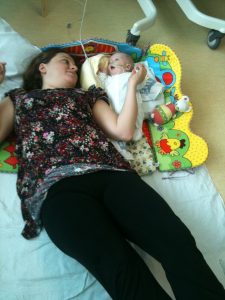 calm as he rode blithely on a toy red motorcycle down the corridors towards it, his tiny unsuspecting body shielded only by a thin, brightly coloured hospital gown.

We entered the little anaesthetic room through one door and saw the double doors opposite that our son would go through next, the assembly line leading to the operating theatre. The kind – always kind – anaesthetist immediately took control. There were bubbles blown by a nurse, jokes, anything we could think of to distract Joel as he sat on my lap, piping up: ‘I don’t like this room.’

As soon as the plastic mask came close to Joel, hissing its alien, unnatural fluorescent pen smell, he instinctively recoiled. I could understand his fear – I had never had an anaesthetic myself, but I also found the insistent, harsh smell of the gas somehow petrifying. ‘I don’t like it,’ Joel said, twisting to escape the mask, his voice rising. ‘I DON’T LIKE IT. MUMMY, SCARED.’ Joel was too young to understand, and it was his lack of understanding which seemed the worst betrayal of his trust in us, his protectors. It was like seeing a defenceless animal suffer; you cannot explain to an animal that the vet is helping it, not attacking it. 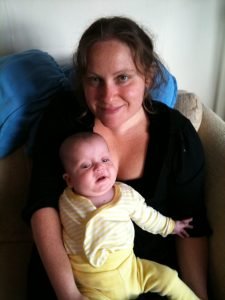 There was no calm counting from ten to one. Just his desperate fight as the anaesthetist held the mask near his face and he struggled until his eyes rolled back, still open, and with a sudden guttural snore, his body succumbed, helplessly, to unconsciousness.

‘Quick as you like, put him on the bed,’ the anaesthetist said, gently but firmly. ‘Give him a kiss, we’ll take care of him, we promise.’ Joel’s apparently lifeless body was lifted onto a gurney, and I turned back to take one last look, take in the bustle already beginning around him. The door swung closed behind us and, awkwardly trying to hide my emotion, I was hugged by a nurse, and led away, to wait for news.

The second difficult moment was when Joel regained consciousness in cardiac intensive care – a near-silent place, not the panic-filled room I’d always imagined. It was not just the sight of his little body covered in strange drains and tubes. It was that he was too young to understand why he was in pain. Every time he came around, he whimpered. I could feel his thought: ‘Where am I?’As I leaned in to kiss him, I breathed in the anaesthetic fug rolling off his tongue, his body filled with it, radiating it.

For adults, open heart surgery is massive. After a bad night in high dependency, Joel bounced back from major surgery as only a child can. His operation was on a Wednesday. By Saturday, he was in his pyjamas pedalling a tricycle in Great Ormond Street Hospital’s play centre, 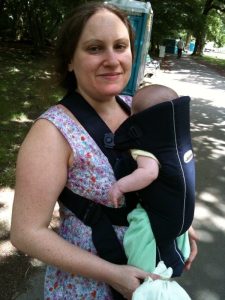 and that evening he was home. In his frailty for the next few weeks I had a glimpse of him as an old man rather than a child, yet his abiding memory of this last operation is, thankfully, not of pain but of riding the red motorbike.

In writing The First Breath, I set out to investigate how modern medicine saved my child’s life. The book not only tells my family’s story (and that of his heart surgeon), but also the stories of other heart families, including a baby with Tetralogy of Fallot. It tells some of the extraordinary history of children’s heart surgery, and reports from the operating theatre at GOSH on an open heart operation I was privileged to observe.

I also explore the long-term emotional impact of early hospital experiences in the book. Joel is now eight and although he will always need cardiac check-ups, his heart is strong and healthy. He is old enough to understand that he has had several operations, but I am not sure how he (and I) will ever process all he has endured. 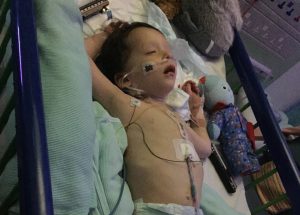 Joel had exemplary medical care – and a lot of play therapy before his heart surgery – but, as is common and understandable for children who start their lives with months in hospital and multiple operations, he has ‘white coat syndrome’ – a fear of doctors and nurses doing tests. When we go for his cardiology echos, he asks for reassurance that it’s not another operation. Even having his blood pressure taken is stressful for him now, and at such times I tell him ‘You’ve been through so much worse’.

But of course, those ‘worse’ experiences are the reason why he is now afraid of a nurse touching his arm. I hope Joel, who had to be brave before he understood what bravery was and when he really had no choice, will one day be very proud of his scars. 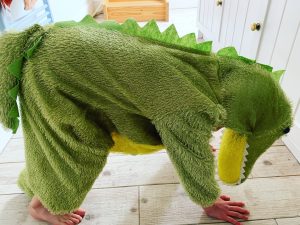 For now, he’s still a child, and he approaches the stress of a hospital visit like a child. Today, he has a cardiology check-up and he’s decided to go to the hospital dressed as an emotional support alligator who will “hug anyone who’s crying”. But, he added, “if anyone hurts me, I’ll snap their arm off!” 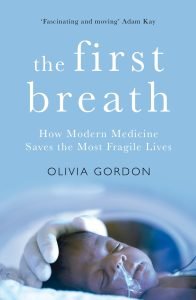 The First Breath by Olivia Gordon is published by Pan Macmillan.