Tiny Tickers has donated three new pulse oximetry machines to The Royal Sussex County Hospital maternity department, thanks to support inspired by the Duke and Duchess of Sussex. These monitors, which can help detect serious heart conditions soon after birth, will be used to help improve early detection rates of congenital heart disease.

The three monitors have been donated using funds raised from the Duke and Duchess of Sussex choosing Tiny Tickers as one of their Forces for Change charities in August 2019. As a project, Forces for Change intends to shine a light on smaller, lesser-known charities and organisations. Thanks to nominations from many supporters, Tiny Tickers was selected as one of the 15 charities to be followed by the royal couple on Instagram during the month of August. Thanks to the awareness created by the Duke and Duchess of Sussex on Instagram and subsequent donations from fans of the royal couple, Tiny Tickers was able to place three new pulse oximetry machines at The Royal Sussex County Hospital.

This month we turned to you for ideas of accounts to follow featuring people, organisations and causes that you find inspiring or noteworthy. Thank you to each and every one of you who contributed! Many of you have suggested that we use this month as an opportunity to highlight lesser known organisations and shine a light on those working hard behind the scenes that may not get the level of attention that they so rightly deserve. These accounts showcase those persevering at the grassroots level, connecting our global community through a shared lens of giving back and helping one another. We were so happy to learn about them and are now able to share them with you! Thank you for being part of this collective conversation with us; we hope everyone has enjoyed discovering many of these accounts and engaging with each other on how we can all be Forces For Change. •All photos used above are from the accounts we are now following•

A baby is born with a serious heart condition every two hours in the UK. However, not all congenital heart defects can be detected during routine prenatal scanning and some babies are at risk of falling into the early stage of heart failure if their condition is not diagnosed in time. Tiny Tickers, the only national charity dedicated to improving the early detection, diagnosis and care of babies with heart conditions, wants to change this. 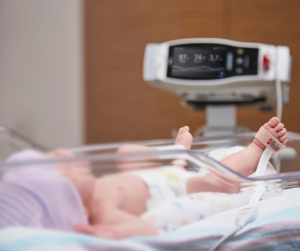 According to Laura Spicer, Community Team Leader at the Royal Sussex County Hospital, the machines have already detected a heart defect in a newborn baby. She says, ‘The machines are an invaluable resource to families and midwives. We have already detected a baby with a heart condition following a homebirth as a result of having these monitors. The baby is now being treated at the Evelina Hospital. We are incredibly grateful to Tiny Tickers at Brighton and Sussex University Hospitals NHS Trust.’

Tiny Tickers CEO, Jon Arnold, says, ‘It was a wonderful surprise to have been chosen by the Duke and Duchess of Sussex as one of their 15 Forces for Change charities. Already we’ve seen a tremendous increase in awareness of the charity, our work, and the CHD cause globally. We’re so grateful to the people who nominated us and, of course, to the Duke and Duchess of Sussex for their support.’

Find out more about our pulse oximetry campaign, Test for Tommy, here.