When Tiny Tickers’ Head of Training, Anne Rhodes, came up with the idea of using a doll to help the sonographers she trains on a daily basis, she had no idea it would resonate with so many supporters. Since the Donate a Doll appeal launched in mid-November, donations and humbling tribute messages have been flooding in. So far, an incredible £1572 has been raised by Tiny Tickers’ very generous and dedicated supporters, which is enough to fund over 150 dolls for UK hospitals.

Why does this matter?

Tiny Tickers aims to increase early detection rates of cardiac conditions because spotting a defect early can improve a baby’s chances of survival and long-term quality of life. One of the main methods of doing this is by training the sonographers who carry out pregnancy scans (20 week scans) to have the skills and confidence to detect heart defects in unborn babies. With the efforts of supporters on Giving Tuesday, Tiny Tickers will now be able to send over 150 dolls to hospitals around the UK, to assist sonographers with detection of heart defects in the womb. This will help babies like Max. 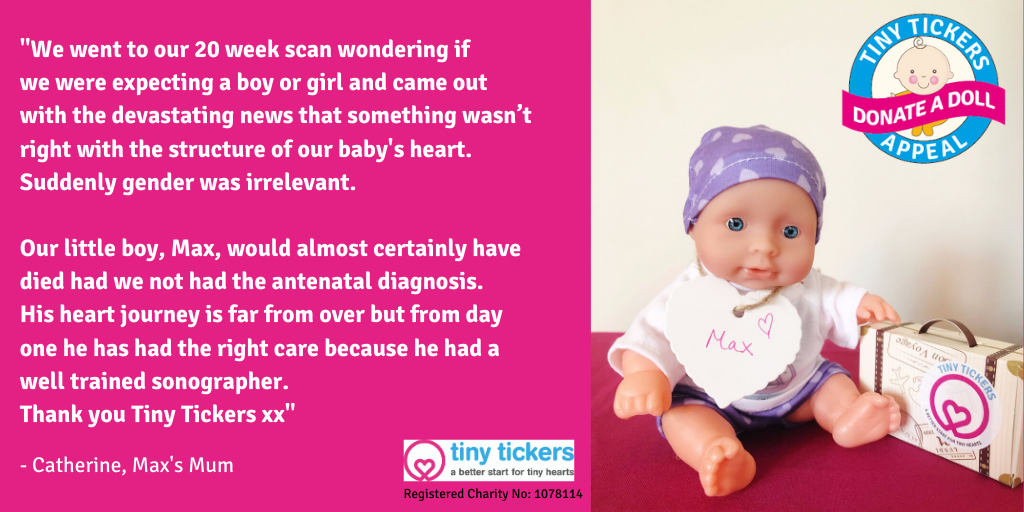 CEO Jon Arnold says: “Tiny Tickers’ incredible supporters have done it again! I am delighted with the response to the Donate A Doll appeal – we thought the opportunity to name a doll would resonate with our supporters but we didn’t expect the phenomenal response we received. Having set out to fund 50 dolls, seeing the donations come in and learning that our supporters have raised enough to potentially fund 150 dolls was fantastic. What moved me the most were the poignant messages we received throughout the day from supporters naming dolls after their loved ones. I’m so pleased that these dolls will be heading out to hospitals across the UK to help sonographers in a very practical way. Thank you to everyone who contributed to the appeal.” 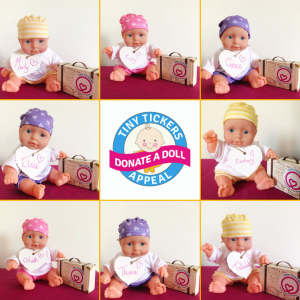 Additionally, 66 of the situs dolls have been named by donors – many to commemorate those who have been lost to congenital heart defects, and to honour those living with heart conditions.

Find out more about how a situs doll helps to detect heart defects in the womb here.

Tiny Tickers aims to ensure that every sonographer has access to a situs doll, to assist them with scanning unborn babies.