Acer was born with Congenitally Corrected Transposition of the Great Arteries. Here his mum, Katie, shares an update on her son’s journey. You can read the first part of Acer’s story here. 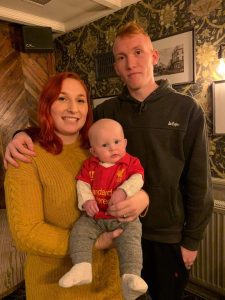 Hey everyone it’s Katie and Acer again, here to continue spreading our experience.

Since the last time we shared our story, it’s been a whole nine months, would you believe it?! And what an incredible nine months it has been. Acer continues to go from strength to strength, smashing the expected time limits by months.

We left the hospital on 2nd July 2019 and within the next couple of months Acer went on his first family holiday with us, multiple days out and met the rest of his family, who had been unable to visit us in Birmingham. He was able to stop all medication after a few months. Even with these exciting times, we still have monthly check-ups at the children’s hospital.

Every month the check-ups are positive. Acer continues to have oxygen saturation of 85% and above and ECGs show no further problems. The expected time for his Glenn procedure was four to six months of age, whereas he’s now ten months old and is still yet to need any interference. His medical team are looking at booking him in next month. 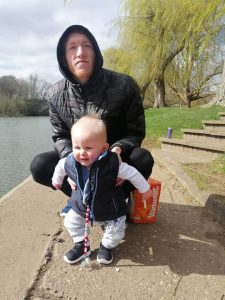 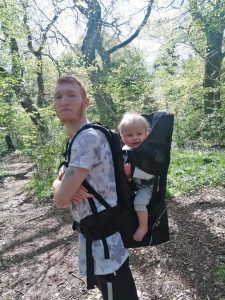 At the end of February, Acer has his first cardiac catheter. This was a scary time, due to him having a high chance of going into heart block and potentially needing a pacemaker. He was admitted on the Thursday afternoon, ready for the procedure on the Friday morning.

At 9am we were taken to the anaesthetist, who calmly put him under and we were given a time scale of an hour and a half until he’d be back on the ward. When we saw Acer afterwards it was a pleasant surprise; other than a little groggy he was perfectly happy. The doctor who performed the procedure came to tell us that Acer had gone into heart block for eight minutes and managed to bring himself back around without any complications.

After four hours monitoring to check he was back to his normal, happy self we were allowed to return home. Since then we haven’t had a check-up due the the current coronavirus circumstances, but have one booked at the end of April. We’re not sure if it will go ahead. 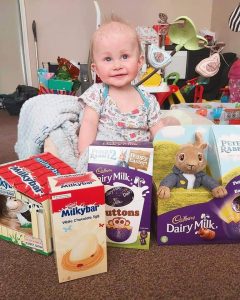 Despite all of the positives, it’s still scary. Dean and I still worry about his heart rate, I check his temperature religiously “just in case” and I think it’s going to be that way for a very long time. Going through all of this is a lot harder than it looks to others from the outside, but I wouldn’t change it for the world. Our little family can get through this and so can many others, especially with support groups such as Tiny Tickers who work hard for families like mine. I can’t wait to update you all on our future and Acer’s journey will continue to be documented. Thank you for reading. 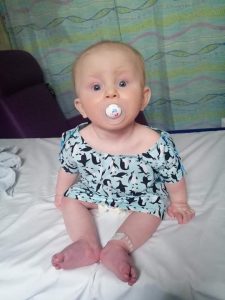 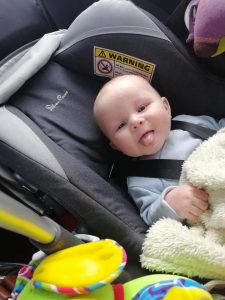