Bertie’s heart conditions, Transposition of the Great Arteries (TGA) and a Ventricular Septal Defect (VSD) were diagnosed at his 20 week scan and he was born during the coronavirus pandemic. Here his dad, James, tells their story: 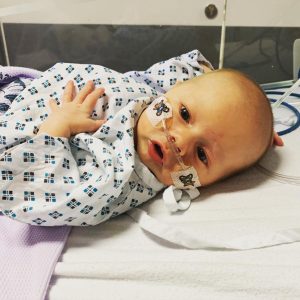 After falling pregnant in summer 2019, we received some unexpected news at our 20 week scan. The sonographer could not identify our baby’s heart fully so we were asked to return the next day for a follow up scan with a heart specialist. After a lengthy scan, we were informed that our unborn baby had TGA (where the two main blood vessels leaving the heart are swapped over) and a VSD (hole in the heart).

20 weeks later Bertie was born in Chelsea & Westminster Hospital on the 11th March. Straight after birth Bertie was taken to NICU and a balloon atrial septostomy was attempted as a short term fix for the TGA, a procedure which allows blood from both sides of the heart to mix together. This was unsuccessful in the first instance, so a few hours later Bertie was transferred to the Royal Brompton Hospital and the balloon atrial septostomy was successfully carried out that evening.

On the 9th April Bertie had his TGA and VSD operation. This had initially been planned to be 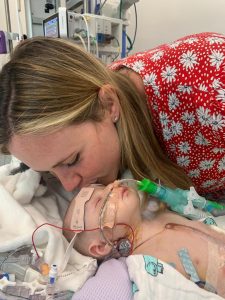 at the Royal Brompton Hospital however we were transferred to the Evelina London Children’s Hospital for the operation due to staff reconfiguration for the COVID-19 pandemic. Early in the morning we took Bertie down to the operating theatre and gave him a final kiss before surgery and headed home.

After 10 long hours of waiting we had a call for us to return to the hospital and were told Bertie’s operation had gone well and we were able to see him in PICU. After some 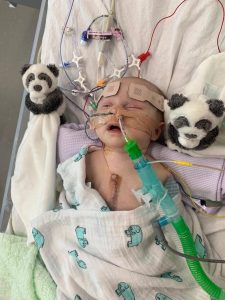 initial heart rhythm abnormalities, Bertie stabilised and moved from PICU to the ward after six days.

After just two nights on the ward, we were discharged home. The period in hospital was full on and stressful, heightened by COVID-19 anxieties and precautions, however the staff in all departments were fantastic and something we will be forever grateful for.Heading home was a surreal but an incredibly pleasing moment, something we had longed for, but also something which often felt a long way off. We are now settling into family life as a family of three, albeit in self isolation currently due to the COVID-19 lockdown!

Tiny Tickers has been a brilliant support ever since Bertie was diagnosed with his heart defects at the 20 week scan. The vast array of information and wider support has been hugely helpful, especially in the days and weeks immediately after diagnosis. 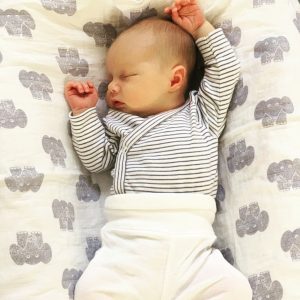 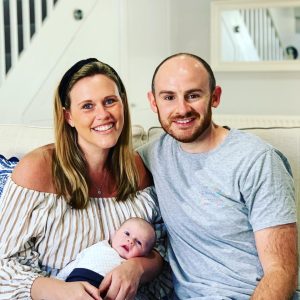 In October I will be running the London Marathon for Tiny Tickers after gaining a place via the ballot back in 2019. I am looking forward to paying back a very small contribution to what Tiny Tickers has given us over the last 9 months or so and is a charity which will always be incredibly close to us.