Tiny Tickers has a dedicated team of trustees, employees and volunteers who work tirelessly to provide a better start for tiny hearts.  Meet some of these wonderful people here:

Jon joined Tiny Tickers as Chief Executive in September 2013, after a career as a national media executive. He has extensive charity experience, including as a volunteer fundraiser and, for a number of years, as a trustee of a regional cardiac charity. Jon is currently a Patient and Public Voice representative on the NHS England Clinical Reference Group for Congenital Heart Services. He is a former Chair of BBC Children in Need’s northern committee, and a former parent representative on a regional congenital cardiac network steering group.

Jon is also a heart parent; you can read his blog “I think your baby has a poorly heart’ – eight words that changed our lives’ here.

As a specialist sonographer with a focus on fetal cardiac scanning, Anne has devoted much of her career to the advancement of understanding the importance of early detection of cardiac abnormalities in unborn babies. Anne has responsibility of our UK-wide training in fetal cardiac scanning techniques and works tirelessly to do everything possible to help to train NHS sonographers to be able to recognise cardiac abnormalities in the antenatal period.

Anne is also a qualified reflexologist, has a huge boxer dog called Hugo and her favourite colour is green.

Head of Fundraising and Communications

Katie joined us in 2018 as Head of Fundraising & Communications. Katie likes coffee, cake & social media, but dislikes pigeons, and balloons. Katie’s charity career has taken her from trekking through the Peruvian jungle to operating a lighting rig at Wembley Arena. Katie is leading us into new fundraising adventures and increasing the awareness around our life-saving work.

For the last 13 years, Kym has worked and volunteered for a range of charities before finding her feet in fundraising over six years ago. Passionate about making a difference, Kym joined Tiny Tickers in October 2019.

Besides being a self-proclaimed connoisseur of stationery, Kym loves nothing more than rambling across the Yorkshire moors or finding a new mountain to hike. That or eating cake. Cake usually wins.

Aimee started volunteering for Tiny Tickers in 2014 and officially joined the team in 2018. She is passionate about helping babies with serious heart conditions and their families after losing her second daughter, Grace, to congenital heart disease in 2012 (you can read Grace’s story here).

Aimee is excited to be part of the dedicated team who devote their time to raising funds and awareness for heart babies. Her children keep her on her toes, but in her free time she loves reading, yoga, writing and long walks on the beach.

Vicky joined Tiny Tickers in 2015, after a background in media project management. She loves seeing ideas for projects become a reality, which is particularly fulfilling working for such a small charity with a big impact. She’s partial to a good spreadsheet too.

Vicky is a mum of two, has a passion for gardening and all things interiors, which is mainly lived out via Pinterest. Her ideal day would be Sunday lunch and a family walk in the woods. Her motto is ‘take pleasure in the small things, they are really the big things’. Paul joined Tiny Tickers as Chairman in August 2018 and is excited about leading us into our 20th year.

Paul has spent the last 20 years managing global equity portfolios at Allianz Global Investors where he specialises in socially responsible investment – managing funds that are designed to generate financial returns whilst also having a positive and measurable impact on society. Paul’s job takes him around the world and he is a regular speaker at financial industry events on the topic of Responsible Investment and ESG Investing. With a grown up family, Paul is keen to use his skills to benefit others through his voluntary trustee role at Tiny Tickers.

In his spare time Paul is a ‘fair weather’ sailor and big sports fan, particularly football, rugby and cricket. He splits his time between London and the New Forest where he lives with his wife and son. Gwen started her professional career running her own successful antiques business, Black Lion Antiques. After the birth of her daughter Esme, she started working for Lord Winston, running his charity Genesis Research Trust.

Gwen worked for Genesis for 29 years, helping to raise over £70m to fund vital research into improving the health of women and babies. She also cycled over 5000km raising thousands of pounds for the Charity.

In 2012 Gwen was appointed Company Secretary and Treasurer to Tiny Tickers.  She is committed to helping them achieve their aims and objectives to improve the early detection and care of babies with serious heart conditions and to give these babies a better start in life. Alan was a Consultant Obstetrician in Glasgow for 28 years. He retired from the NHS at the beginning of 2019. He undertook his sub speciality training in
Maternal Fetal Medicine in the University of Calgary, Alberta, Canada. After this, he was appointed Lecturer in the Department of Obstetrics and Gynaecology in
Glasgow. He received an Honorary Professorship from the University of Glasgow in 2007. His main research interests are in prenatal diagnosis and fetal therapy. He was the Scottish Members representative on RCOG Council from 1996-2002 and was President of the British Maternal and Fetal Medicine Society from 2005-08.

As a former chair of the RCR/RCOG standing joint committee, he helped develop the current RCOG ultrasound training modules. He chaired the Scottish Committee of the RCOG from 2009-13. He is a member of the UK National Screening Committee. He was also the local President when the European Board of Obstetrics and Gynaecology took place in Glasgow in 2014 and remains involved with EBCOG, as the chairman of the Scientific Committee for the EBCOG Congress in Bergen, Norway in May 2020.

From 2013–16 he was Vice President for Clinical Quality at the RCOG. He is the co-principal investigator of the flagship RCOG project ‘Each Baby Counts’. Alan was the chair of the scientific committee of the International Stillbirth Alliance (ISA)/International Society for the study and
prevention of perinatal and infant death (ISPID) which held its bi annual world conference in Glasgow in June 2018. In 2020 Alan will be the local conference president when the International Society of Ultrasound in Obstetrics and Gynaecology (ISUOG) holds its world conference in Glasgow.

In 2019 he was appointed as the national clinical lead for obstetrics to the Maternity section of the Scottish Patient Safety Programme. This work is predominately around stillbirth reduction, neonatal mortality and post partum haemorrhage. In this role, Alan works closely with the other clinical leads in midwifery and neonatology.

In 2020, Alan was appointed as a clinical adviser to the Healthcare Safety Investigation branch and is currently an obstetric adviser to Welsh Government. 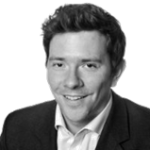 Matt has worked in healthcare public policy and communication for more than a decade and is currently Associate Director of Policy and Communication at MSD. He has previously worked for the ABPI and was Head of Communications at the Royal College of Surgeons. While at the College he helped respond to the NHS safe & sustainable review of paediatric cardiac services and supported cardiothoracic surgeons as they became the first medical specialty to transparently report consultant-level outcome data. Allan is a Fellow of the Institute of Chartered Accountants and has    worked in the financial services sector for the past 12 years. He is currently a Director at KPMG.  He became a trustee of Tiny Tickers in 2016.

He lives in Hampshire with his wife and two children, the eldest of whom was diagnosed with a heart defect in 2008 at the 20 week scan.

Antenatal Results and Choices (ARC) is a UK-wide charity providing independent, non-directive information and support to women and couples throughout antenatal testing and when a prenatal diagnosis is made. Help is offered for as long as is needed whatever decision is made about the future of the pregnancy. ARC also runs a well-established training programme for health professionals working in the field. Jane Fisher joined ARC in 2001 as Support Co-ordinator and became Director in 2004.

As well as managing the charity, Jane is also involved in directly supporting women and their partners, training health professionals, research, policy and media work. She represents service users on the UK National Screening Committee, Fetal Maternal and Child Health Group of the UK NSC and is a member of the NHS Fetal Anomaly Screening Programme Advisory group. She is also a Patient and Public Voice Representative on the NHS England Clinical Reference Group for Women’s Services.

Nick has been a barrister since 2004 and remains in full-time practice, based in Manchester.  Nick has  a mixed practice, specialising in Employment Law and Inquests, as well as undertaking criminal work, on behalf the prosecution and defence.  He was appointed Junior Counsel to the Crown in 2012, an Assistant Coroner in 2015 and a Legally Qualified Chair of the Medical Practitioners Tribunal Service in 2017

Nick became a trustee of Tiny Tickers in 2016 and lives in Cheshire with his wife and two children; one of whom was born with an aortopulmonary window, requiring open-heart surgery at 8 months of age

Team Tiny Tickers also includes our team of Specialist Trainers, the dedicated volunteers on our Parent and Carer Panel and our Ambassadors.